Icosahedron Chaotic is a fragmentation version of Icosahedron V1.0 by adding 3 more symmetric cuts on its face.

This puzzle is sold in two forms: DIY form and finished form.

1. DIY form: buyers will need to assemble, then sticker it with the help of instruction manual included in the package.

2. Finished form: play right out of the box (keep rotation rules in mind). 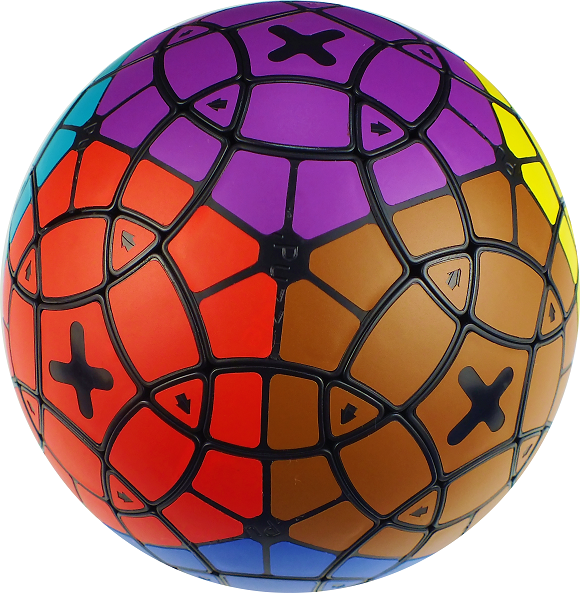 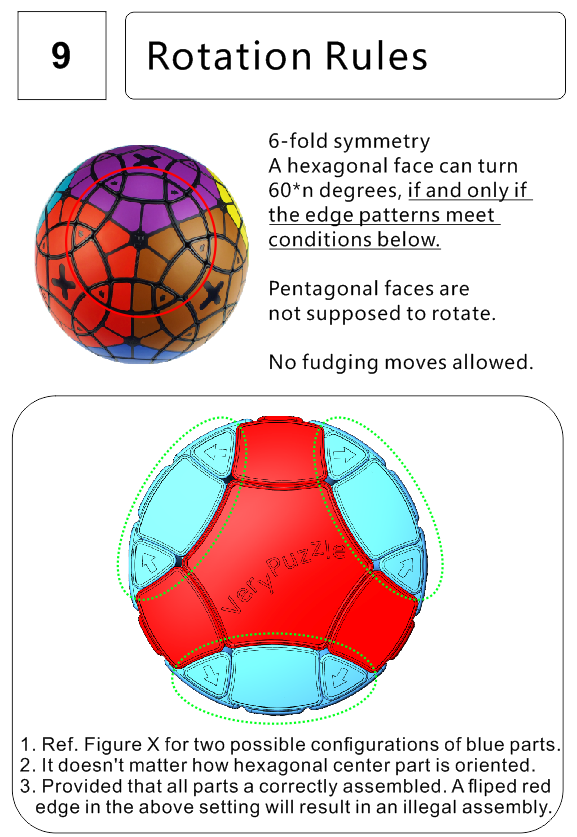 Chaotic is a variation of Icosahedron V1.0 (MF1909) by adding 3 more cuts to hexagonal faces symmetrically, resulting a 20 axis puzzle that looks closed to a spherical tuttminx(they are different of course).

The pentagonal faces where not designed to rotate in this model and we carved an 'X' on the sticker of pentagonal cap for indication. 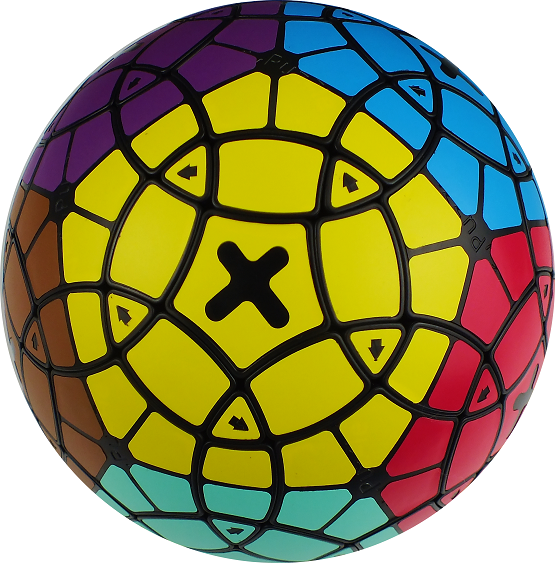 About the name. Usually a puzzle comes with a fixed and unique assembly.  In this case however, we are in a situation that one can not decide an optimal way to orient all pink edges(hex-hex edges) in the picture below. Pretty much a disaster at a first glance. 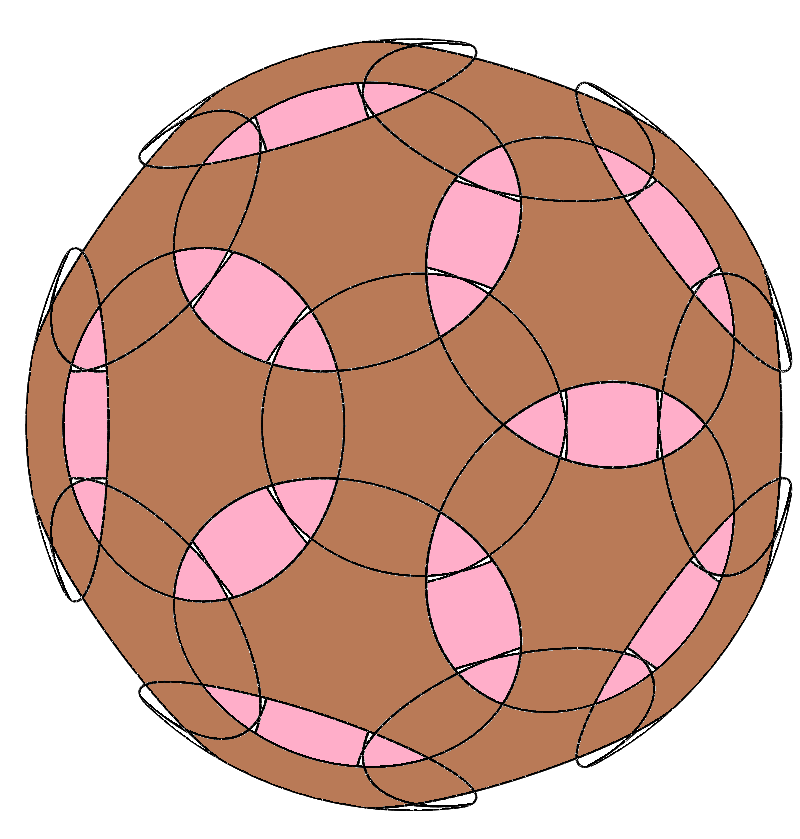 After fiddling around with it a few days(also in search of optimal orientation), I realized that there were actually many puzzles that an 'optimal' configuration is nonexist or not unique. Clover Cube Plus and NEON are examples that don't have an 'optimal' or globally symmetric pattern.

Realizing this non-uniqueness/lack of optimal configuration is the nature of a category of puzzles, we introduced the term 'Chaotic'. A 'Chaotic' puzzle is a puzzle that has at least 2 different assembly form without introducing new parts.

1. This product is only recommended to buyers who are fully aware of its 'chaotic' nature and knows how to tell a normal rotation from an illegal one.

2. It is a 20 axis puzzle, the axis being face center of icosahedron.

2.1 Pentagonal faces are not allowed to rotate. They are also not easy to make fudging moves.

2.2 Hexagonal faces however, requires observation to determine whether it is valid to rotate or not. An illegal move of hexagonal face will produce gaps between parts.

2.3 The engraved arrow marks on triangular stickers were intended to help tell whether a face can be turned or not. The rules are not quite clear though.

What's in the package